Every web and user experience designer has their own favorite prototyping tool. One that helps give life to their ideas as easily as possible. Today we introduce you to a new prototyping tool that unites all types of designers as one.

Unlike most other apps and software that are limited to one platform or one license, this prototyping tool lets you use it on any computer and access your projects anywhere you want. And it’s called UXPin. 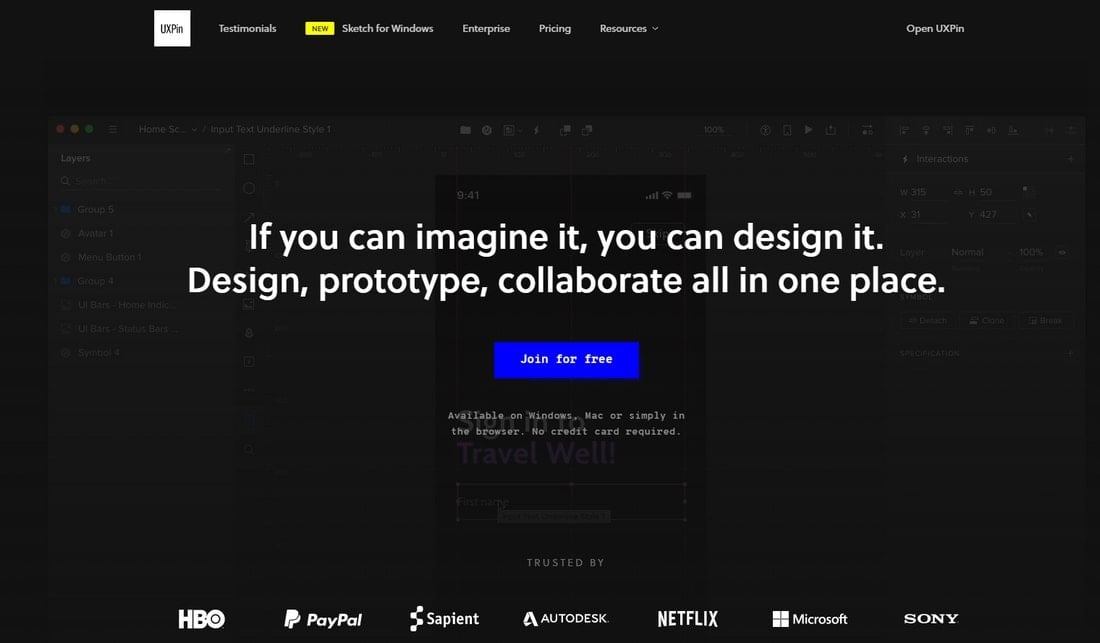 Since UXPin works on any computer with a browser, you can easily collaborate with others without needing extra software

UXPin is a complete solution that helps you take your designs from drafts to prototypes and all the way into the final stages of development. It’s being used by some of the biggest brands such as HBO, PayPal, Microsoft, Netflix, and more.

UXPin works directly on your browser. This means you don’t have to download and install any software on your computer. It also opens doors to many great possibilities. We’ll talk about that next.

Imagine designing an app user interface using Sketch. You now want to hand it over to another designer or a team member. But they’re using Windows and don’t have access to Sketch.

This a common problem many freelance designers and design teams face all the time. But, with UXPin, you’ll never encounter such issues. Since UXPin works on any computer with a browser, you can easily collaborate with others without needing extra software.

Also, if you’ve ever wanted to use Sketch on Windows PCs, UXPin is your best bet at making it possible. Because UXPin lets you import Sketch files and templates directly into the web app.

UXPin is also a very beginner-friendly tool. Unlike most other software, UXPin has a very simple learning curve and you can get started with the app in just a few minutes.

UXPin is an app full of amazing features and benefits. We’ll need a bigger article to talk about them all. So here are just a few that’s worth mentioning.

UXPin is not just a prototyping tool, it’s a “rapid” prototyping tool. Since the tool comes with lots of pre-made components, you can make prototypes much faster without having to craft everything from scratch.

Once you have the barebones of the prototype ready in UXPin, you can make each component of your prototype interactive using states, functions, variables, and conditional interactions.

Whether you want to make an interactive button in your prototype or a fully functioning app screen, UXPin can make it happen. This is what separates UXPin from other UX design tools. Plus it’s all done on your browser.

You can use all these elements to design any kind of user interface you want. There’s no need to start from scratch every time you want to experiment with a new idea.

One of the best features of UXPin is its import function. The app allows you to import designs made in Sketch. As we’ve mentioned earlier, this makes the app a great solution for editing Sketch designs on Windows as well.

All your designs can be found on the cloud and accessible from any computer.

Since UXPin is a cloud-based app, you can use it to easily collaborate on projects as a team. Even if you work in a globally distributed team, you can use UXPin to bring your stakeholders onboard the app and get their feedback while allowing them to track progress and show live previews.

Another benefit is that you can take your designs anywhere. If you use multiple computers for work, you don’t have to buy multiple software licenses. All your designs can be found on the cloud and accessible from any computer.

In addition to previewing your designs on the browser, you can live preview your app interface designs using the official UXPin mirror app for Android and iOS. This allows you to see how well your designs look like in an actual mobile environment.

Getting started with UXPin is easy. You can either start a project from scratch or import a design you’ve made on Sketch.

You can easily drag and drop pre-made elements from the component libraries to create prototypes quite easily. 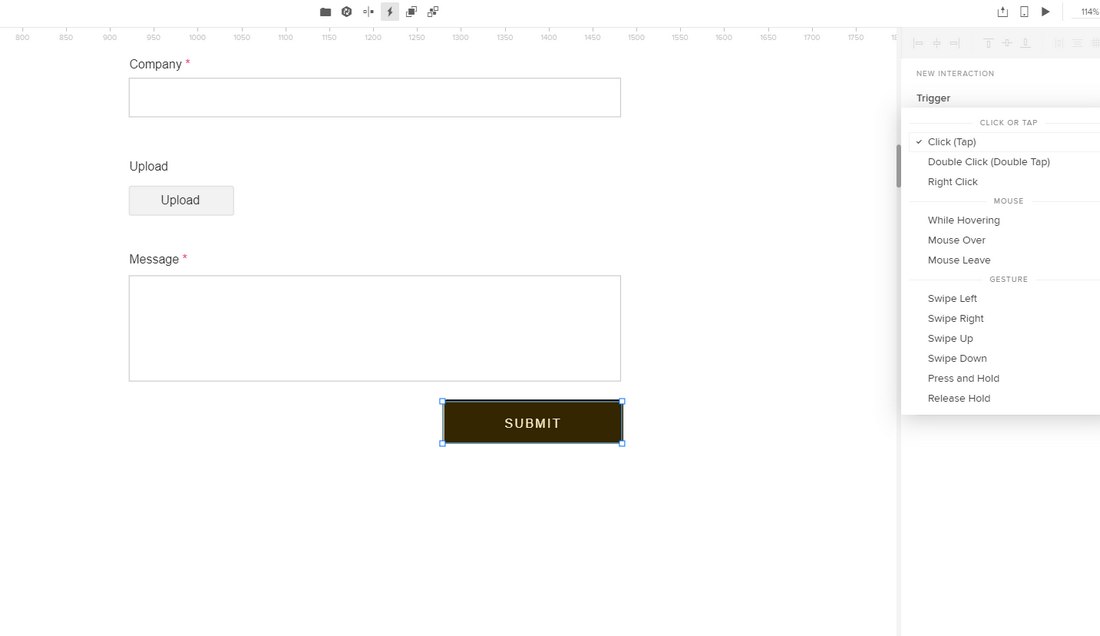 You can also add interactions using the Hotspot tool. 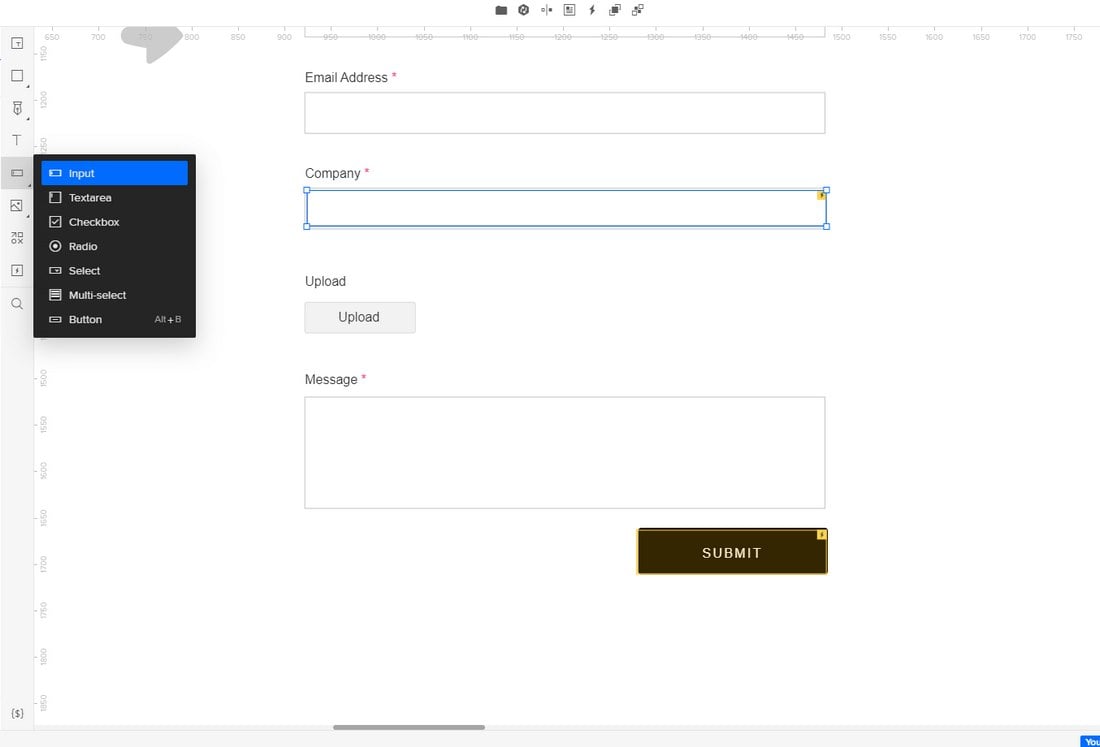 Once the design is ready, you can preview a live simulation to see how your prototype looks and functions.

This is just an overview of the most basic functions of the app. If you want to learn more about how the app works, check out this YouTube tutorial series from the UXPin team.

UXPin pricing plans are divided into two categories—basic and advanced. The basic plan provides you with all the tools for prototyping. The advanced plan includes all the variables and conditional logic for making functional prototype designs.

There’s also a powerful Enterprise option for you to create a custom solution that fully meets your needs (including advanced design systems, security roles and permissions, and advanced security.

Who Should Use UXPin?

UXPin is a great prototyping tool for both freelancers and design studios. Thanks to its hassle-free pricing plans, you get to choose how much you pay for the app based on the size of our team.
The ability to collaborate with anyone, anywhere, using any computer is the main reason why UXPin is better than any other prototyping app. Making interactive user interfaces is certainly an added benefit.

It also makes the app a great solution for freelancers. As it allows you to keep your clients up to date on your progress. Show them live previews as you develop the project. And get feedback and even collaborate with them more easily.

Overall, UXPin is certainly a step forward in design and prototyping tools. And it’s worth checking out if you’re looking for a more effective way to create user interface designs.